How Spikeless Golf shoes was introduce to golfers: The History

The innovation of spiked golf shoes started when Scottish golfers began to hammer nails into leather boots in other to gain traction and stability when making their respectful swings on the damped, slippery (muddy) golf courses back in the mid-nineteen century.

Though it made sense in theory but practically, the shoes became harmful to players as the nails would sometimes track backward into the sole of the shoe to injure golfers.

Gradually towards the end of the same century, 1891 to be précised, metal spiked screws that will perfectly be fixed into golfers’ shoes were introduced into the game (not replaceable spikes).

This innovation was a significant improvement, as it improved traction but, the whole idea of screwed spiked golf shoes did not fare too well on the greens. Aside from tearing up the greens, some golfers ended up turning their metal spikes into weapons to constitute a nuisance to wooden floors.

Naturally, this didn’t sit well with golf clubs around the world, as many banned screws metal spiked golf shoes from club grounds completely. Eventually in the ’90s soft plastic spikes arrived to address these common concerns. Along with causing little or no damage, plastic spike shoes offered more cushion and comfort than their metal counterparts.

Amazing Information For Golfers!
There’s only one online store for Golf Products that has a 90-Day Satisfaction Return Policy.

RETURN anything you buy online at WWG within 90days and Receive Full Credit. Won’t you rather buy from them? Check Their Prices

Metal spikes quickly went into extinction after this introduction.

However, as time goes on athletic footwear making companies like Nike, Adidas, and Puma introduced Spikeless shoes. They were so versatile that they could be worn both on and off the course.

Initially, some pros and power-swinging amateurs were in-doubt on how could a spikeless golf shoe give them the needed tractions.

Spikeless shoes were originally thought of as nothing but over-hyped sneakers. But all that has changed now as many top professionals are wearing spikeless shoes for tourneys around the world.

Frederick Steven Couples a.k.a Boom Boom, appeared at the 1st tee of the 2010 Masters wearing a pair of spikeless golf shoes made by footwear manufacturing giant called Ecco. The smooth swinging Masters champion had more motivation than most because the Spikeless shoes reduced the stress on his famously temperamental back.

Many thought he was wearing a grass lawn tennis shoes due to the fact his spikeless shoes was created with dimpled rubber outsole for revolutionary traction.

Since then, spikeless golf shoes have become a mainstay in modern-day golf with advanced technology dramatically changing the scope of spikeless shoes performance.

From strengthening shoes for lasting stability to providing sophisticated traction patterns that elevate golfers over all major hindrances faced on the greens.

Spikeless Golf Shoes Pros and Cons: The Good & The Ugly Side.

As spikeless golf shoes have drastically improved, so also has spiked golf shoes evolved in tech.

The flexibility of spikeless shoes is one of the pros (advantages ) while many golfers have chosen to wear Spikeless instead of Spiked.

This ability alone has won the hearts of many golf players, who had seen how great it feels to wear them almost anywhere you go; be it in the car, casual party, or even on the plane.

Players once faced a stark choice between spikeless for comfort and spiked for performance but now both pro-golfers and recreational golfers have recognized that Spikeless golf shoes can give both at the same time.

The Pros of Spikeless Golf Shoes are:

Despite all these pros (advantages) of Spikeless shoes, it advisable for you to, first of all, consider your playing terrain, climatic conditions, swinging styles, and personal stability before making a decision on whether to wear Spiked golf shoes or spikeless.

FootJoy is one of today’s leading Spikeless golf shoes brands. Established in 1857 but was later acquired by an American company known as Acushnet Holdings Company in 1985.

FootJoy is currently and unarguably the number one seller of golf shoes and gloves in the United States.

One of the best spikeless golf shoes FootJoy ever produced to date is the Pro|SL carbon series which is extremely waterproof, comfortable and provides stability in a golfers swing.

Ecco Sko A/S is a global leader in the shoe manufacturing industry. Founded over half a century ago.

Their spiked and Spikeless golf shoes have proven to worth every penny spent on them by millions of patronizing golfers around the world.

Fred Couples (an American PGA master champion) was among the first users of Ecco spikeless golf shoes in 2010. One of the best parts of Ecco Spikeless Golf Shoe is that there is no break-in process. You can literally buy these shoes, throw them on and feel as though you’ve been walking in them for years.

A Serial Entrepreneur who specializes in Digital Advertising, SEO consultation and Consumer Engagement Branding. He is the Founder of Golforbes.com

And also the CEO of Kovango.com, and ViradsMedia.com. A graduate of O.O.University and acquired an online Masters Degree with Curtin University, Australia.

Looking for the best gifts for golfers to celeberate your golf playing dad, boss, or grandpa? We’ve reviewed the sweetest golf gifts for men you can buy for him. 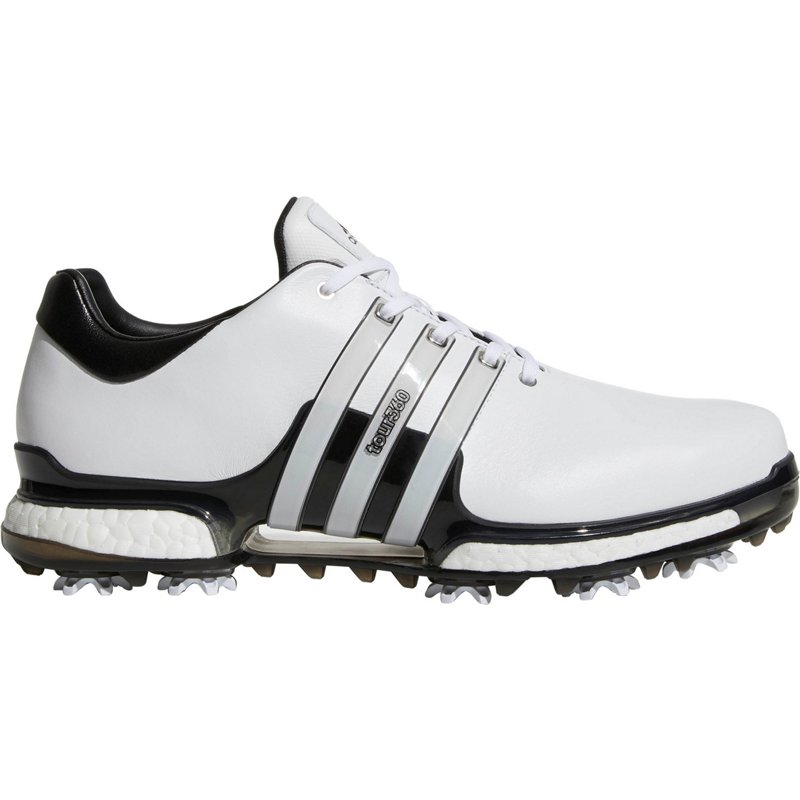